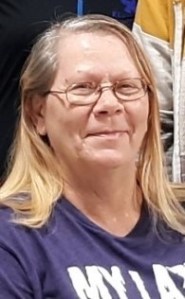 Diana Lee Wilder Smith, age 63, of Middlesboro, KY, passed away on Sunday, July 10, 2022, at the UK Medical Center in Lexington, KY. She was born July 2, 1959, the daughter of the late Donald Wilder and Doris Wilder.

Diana loved spending time with her family, especially her children and grandchildren.

In addition to her parents, she is preceded in death by the father of her children, Bruce Smith; and her step-granddaughter, Izabela Martinez.

And a host of nieces, nephews, other relatives and friends.

A graveside service was held on Friday, July 15, 2022, at 12:00 noon at Green Hills Memorial Gardens in Middlesboro, KY.

Register book and online condolences are available at www.cawoodfh.com

Cawood Funeral Home, Middlesboro, KY, is in charge of all arrangements.