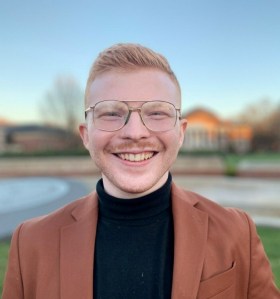 Tayler Kyle Bryant (TK) entered this world on September 21st, 1997.  He was given life by Samantha Tayler-Blondell of Harlan, Kentucky.  From the moment of conception, he was a force to be reckoned with. He was created with a heart to serve. His wit, sarcasm, and fiery personality were no match for the red hair that lavished his head.  He was untouchable and could not be contained. His passion to serve was ingrained from birth. He was not only loved but treasured by his mom, Sam and stepdad Adam Blondell. The bond between his sister, Megean Bryant; niece Ava Smith, stepbrother Jon, nephew Bowie and stepbrother Justin Blondell cannot be broken.

Not only was his family blessed with his presence; but his life was full with the love from his grandmother, aunts, uncles, friends, partner Malik, professors, fellow students, and any person who had the privilege of meeting him. If you ever had the opportunity to know TK; you were touched by his ability to empathize and relate to you as a fellow human being. TK’s heart was filled with compassion, fire, and conviction to touch the untouchable and love the unlovable. He was a life changer.  With a burning passion in his bones and an academic scholarship in his pocket; TK mastered law school at the University of Louisville School of Law with high honors which allowed him to aid his passion. He was all set to graduate in May 2023.  Although he could have pursued a monetary successful career in law; TK chose the non-profit arena where his schooling ushered in the opportunity for his internship at the Kentucky Harm Reduction Coalition. This is where his passion married his career. He was given the opportunity to assure people who were surviving on the streets were given the same respect every human being deserves; adequate clothing, food, shelter, and to be seen and valued. His desire was for those struggling with addiction to have access to clean needles, Narcan, and the promise of another chance. His advocacy for the LGBTQI+ community cannot be expressed in words. He started a movement which will live way beyond his 24 years and 10 months on this Earth. He has always believed that “LOVE WINS”.  Love wins in the dark times, in the isolated times, in confusion, and misunderstandings.  Love is the answer to any ailment, disease, sin, or addiction. His heartbeat for the hurting remains as his family and friends pick up the torch and carry on his legacy.

A Celebration of Life was held for Tk Bryant on Friday, July 8, 2022 at 7:30 p.m. at the Cawood Funeral Home Chapel, Middlesboro, Kentucky.

Register Book and online condolences are available at www.cawoodfh.com

Cawood Funeral Home, Middlesboro, KY, was in charge of all arrangements.